45 years ago, the Portuguese former colonies were still not independent.  The struggle for the liberation of these countries were led by leaders who were ready to go against all odds and sacrify their lives  for their people.

Today we portray for you EDUARDO MONDLANE at the fiftieth anniversary of his assassination.

Eduardo Chivambo Mondlane (20 June 1920 – 3 February 1969) served as the founding President of the Mozambican Liberation Front (FRELIMO) from 1962, the year that FRELIMO was founded in Tanzania, until his assassination in 1969. He was an anthropologist by profession but worked as a history and sociology professor at Syracuse University.

Mondlane began working in 1957 as research officer in the Trusteeship Department of the United Nations which enabled him to travel to Africa.[4] He resigned from his post that year to be allowed to participate in political activism which his UN post did not allow. He became an Assistant Professor of Anthropology at Syracuse University and helped develop the East African Studies Program there. In 1963, he resigned from his post at Syracuse to move to Tanzania to fully engage in the liberation struggle 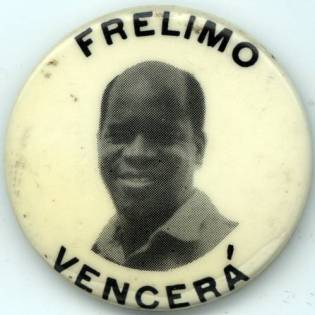 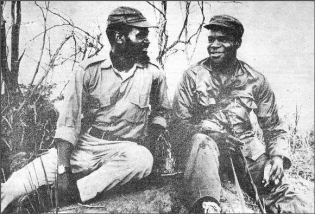 After graduation, Eduardo Mondlane became a United Nations official. One of António de Oliveira Salazar‘s most important advisers, Adriano Moreira, a political science professor who had been appointed to the post of Portugal’s Minister of the Overseas (Ministro do Ultramar), met Mondlane at the United Nations when both were working there and, recognising his qualities, tried to bring him to the Portuguese side by offering to him a post in Portuguese Mozambique‘s administration. However, Mondlane showed little interest in the offer and later joined the Mozambican pro-independence movements in Tanzania, who lacked a credible leader.[5] In 1962 Mondlane was elected president of the newly formed Mozambican Liberation Front (Frente de Libertação de Moçambique or FRELIMO), which was composed of elements from smaller independentist groups. In 1963 he settled FRELIMO headquarters outside of Mozambique in Dar-es-Salaam, Tanzania. Supported both by several Western countries and the USSR, as well as by many African states, FRELIMO began a guerrilla war in 1964 to obtain Mozambique’s independence from Portugal. In FRELIMO’s early years, its leadership was divided: the faction led by Mondlane wanted not merely to fight for independence but also for a change to a socialist society; dos Santos, Machel and Chissano and a majority of the Party’s Central Committee shared this view. Their opponents, prominent among whom were Nkavandame and Simango, wanted independence, but not a fundamental change in social relations: essentially the substitution of a black elite for the white elite. The socialist position was approved by the Second Party Congress, held in July 1968; Mondlane was re-elected party President, and a strategy of protracted war based on support among the peasantry (as opposed to a quick coup attempt) was adopted.

In 1969, a bomb was planted in a book sent to him at the FRELIMO Headquarters in Dar es Salaam, Tanzania. It exploded when he opened the package in the house of an American friend, Betty King, killing him.[6] The assassination remains unsolved.[7]

Mondlane’s death was mourned at a funeral in 1969 which was officiated by his Oberlin classmate and friend the Reverend Edward Hawley, who said during the ceremonies that Mondlane “…laid down his life for the truth that man was made for dignity and self-determination.”

One thought on “Celebrating an Hero: Eduardo Mondlane”