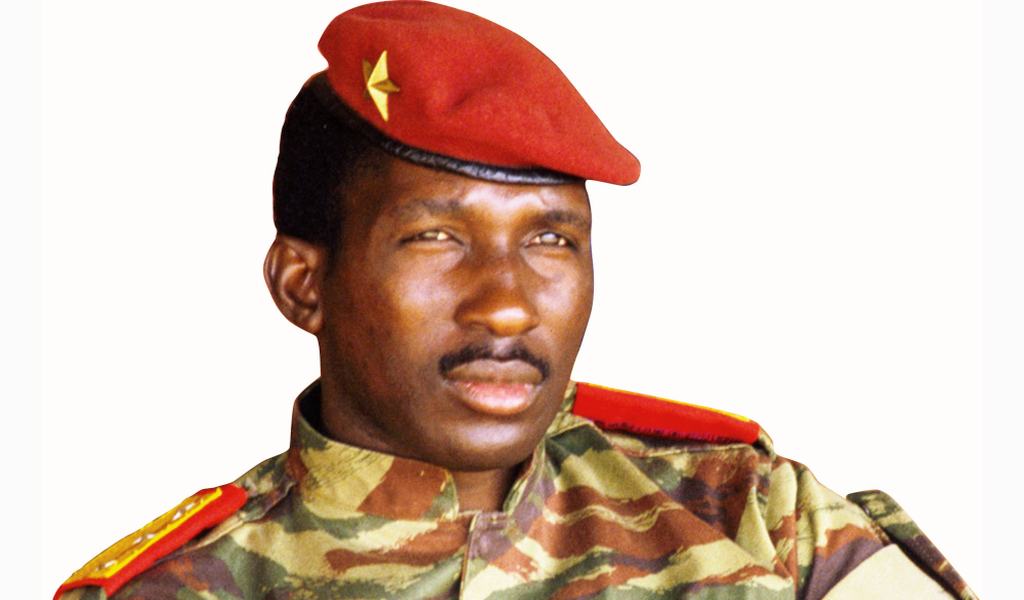 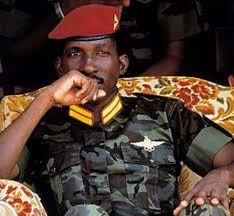 Please take your time to watch the video:

When did Thomas Sankara live? Born in 1949, Captain Thomas Sankara took power during the revolution which started on August 4, 1983. With his comrades in arms, he renamed the Upper Volta, a name inherited from the French colonial power, into the Democratic and Popular Republic of Burkina Faso, which means “the land of upright men.” He was later ousted by one of his closest comrades, Blaise Compaore, then murdered on October 15, 1987 along with twelve of his companions.
What is Thomas Sankara known for? Trying to turn his West African country into an agricultural laboratory in order to achieve food self-sufficiency. He was ahead of his time and promoted products made in Burkina Faso. He also attempted to boost local manufacturing and consumption. “The comrade president of Burkina” wanted to improve the health system and the education in a country that was one of the poorest in the world. He lived a modest lifestyle himself. The emancipation of women was also one of his political priorities.
What has Thomas Sankara been criticized for? His links to Libya’s Muammar Gaddafi, but also for disrupting the established order. In 1985, a conflict even occurred with Mali about the border between the two countries.
Did Thomas Sankara speak out against the powers that be? In a historical speech pronounced in July 1987 at the Organisation of African Unity (OAU) in Addis Ababa, Sankara denounced the debt owed to the Bretton Woods institutions – World Bank and International Monetary Fund – which according to him were inherited from colonialism.
Almost three decades after his murder, the captain was still seen as a hero by the protesters who brought down the regime of Blaise Compaore in October 2014. Many people consider him an icon for African youths.
A memorial project is underway in Burkina Faso’s capital Ouagadougou.
What are some Thomas Sankara quotes?“The origins of debt come from the origins of colonialism. Those who lend us money are those who had colonized us before. They are those who used to manage our economies. Colonizers are those who indebted Africa through their brothers and cousins who were the lenders. We had no connections with this debt. Therefore we cannot pay for it.”
“I am neither a messiah nor a prophet. I possess no truths. My only ambition is a double aspiration: firstly to be able to speak in a simple language, with evident and clear words, on behalf of my people, the people of Burkina Faso; secondly to manage to also be the voice of the ‘great disinherited people of the world’, those who belong to the world so ironically christened the Third World. And to state, though I may not succeed in making them understood, the reasons for our revolt.”
“We wish to be the heirs of all the revolutions of the world, of all the liberation struggles of the peoples of the Third World.”
Who killed Thomas Sankara?Full light has not been shed on the circumstances and those responsible for his death during the coup of 1987. His widow Mariam Sankara ist still seeking justice. DNA tests were done on the supposed remains of Burkina’s leader, but they were not conclusive. An international arrest warrrant has been issued against the former president Blaise Compaore, now living in exile. There are many calls for France to give access to its archives to see if the former colonial power was involved in the death of the “African Che Guevara.”
Claire-Marie Kostmann, Richard Tiene, Gwendolin Hilse and Philipp Sandner contributed to this package. It is part of DW’s special series “African Roots,” dedicated to African history, a cooperation with the Gerda Henkel Foundation.
Source: Deutsche Welle.