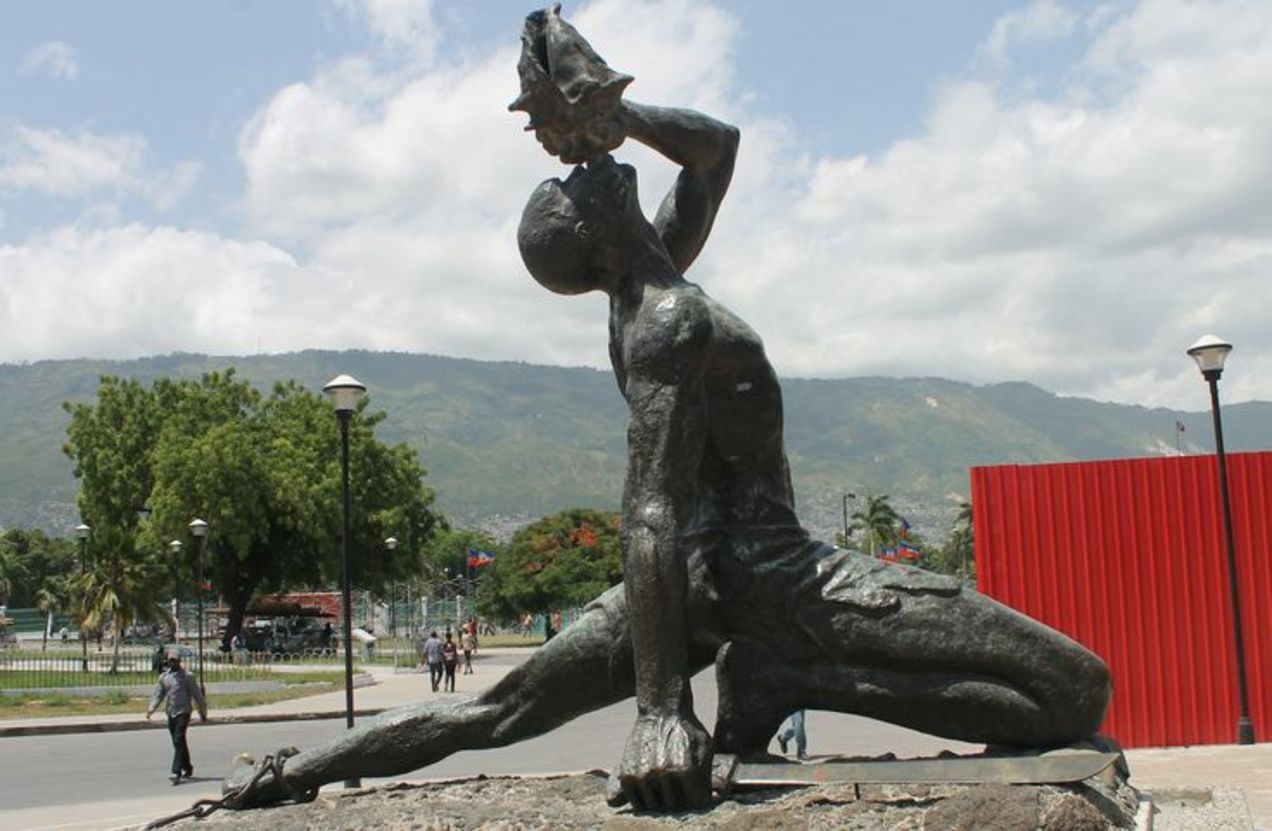 Le Negre Marron (The Black Maroon; in creole, Neg Mawon), often translated in English as the Unknown Slave, although Fugitive or Rebel Slave would probably be more accurate in the context of Haitian history. Located on the boulevard Champ de Mars with Haiti’s presidential palace in background. The Negre Marron is shown with left leg extended (broken chain on his ankle); a machete (partially hidden by flower wreaths) is in his right hand, and his left hand holds a conch shell to his lips. The conch shell was often used as a trumpet to assemble people.
Created by the Haitian sculptor/architect, Albert Mangones (1917-2002) in 1968 or 1969, the statue was commissioned by the government of president Francois Duvalier to commemorate the slaves who revolted against France. (Thanks to several respondants on Caribbean List Serve, including Lorraine Mangones, the sculptor’s daughter, for information on the statue). The wreaths shown in this photograph were laid by the South Korean Ambassador who had presented his credentials not long before the photograph was taken in April 1970. Le Negre Marron survived the horrible earthquake of 12 January 2010, but the presidential palace was destroyed.
When Haiti unveiled Le Negré Marron statue in 1967, it became a symbol for freedom of black people across the world. The sculpture is a reminder of the rebellion against the French that set the Haitians free. 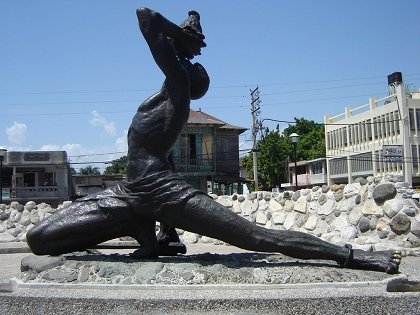